Here's our write up on the first quarter final event in our Battle of the Bands competition Featuring The Hazy Janes, The Superlatives and Surefire Affair.

It went off.   The long and short of it is just that. It went off.
Unfortunately, due to illness, Brides were unable to attend this week’s competition.

We started the evening with a draw, as we always do.  The band’s arrived, we throw some numbered pieces of scrunched up paper into a glass and the bands have at it, picking out a number which coincides with the running order of the night.

First on the stage were Surefire Affair 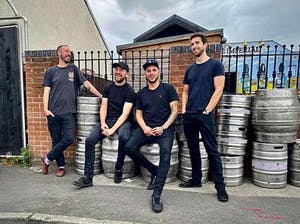 The guys set up and got going.  A varied set with a pop rock almost pop-punk feel to their songs which included gripping and memorable whoas and some great song writing.    The alternative rock band have themselves a very commercial pop sound.  The song “I don’t feel guilty anyway” particularly caught the judges attention with the melodies, whoas and some background, gritty, screaming.

Second up came The Superlatives 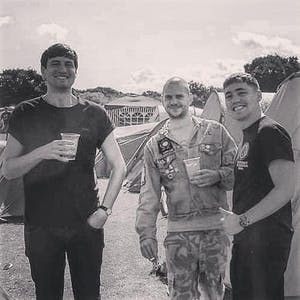 The lads in The Superlatives came out swinging with some naughty riffs throughout their set.  Just straight naughtiness.  Throughout the band’s set, there were riffs, screaming guitars, melodic bass lines and massive drums.  The stage attitude was relaxed and a very “this is us” attitude which fits their genre perfectly.   It was clear on the night that these indie rockers, draw a lot punk influence and we saw a merge of indie and punk done the correct way.

Last up were The Hazy Janes 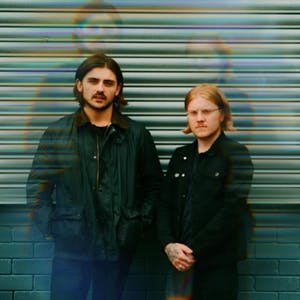 The Hazy Janes jumped on stage at the end of the night and played their heavy blues sound which captivated the room from their very first song.  It’s hard to believe that this band features only two people; a drummer and a single guitarist which takes care of the bass and the guitar all in one shot.   The set was super high energy from the off.   Massive riffs, massive drums and huge vocals.   At the end of their set, the audience were on their feet and gave The Hazy Janes a huge round of applause and a standing ovation.  We look forward to seeing what the future holds for this band.

After some deliberation, the judges decided on taking through, Surefire Affair and The Hazy Janes to the semi finals.   With the standard of bands in this competition, it is going to make for a crazy ride from here on out.

Battle of the Bands